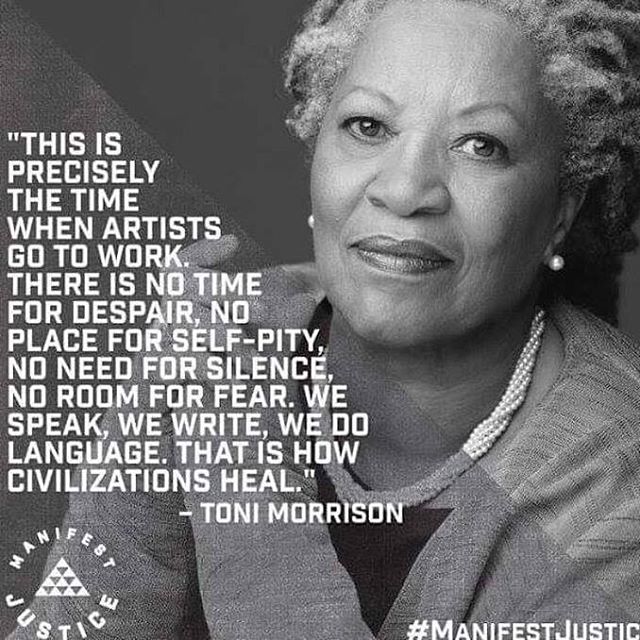 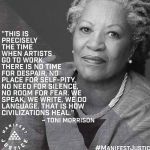 I am absolutely devastated by the notion that Donald Trump will soon be the president of the United States of America, but I’m going to channel this devastation into a re-commitment to the values that I believe in, values that can summarized to mean LOVE, and I will do it through speaking and writing.

Over the last few days, I’ve been feeling utter despair, which started accumulating before the US elections but reached its peak the day before the elections. When I reflect back on it, my inner conscious must have been telling me that the election of Donald Trump was inevitable as I panicked to get family members (who are US citizens) to vote for Hillary Rodham Clinton, despite the fact that I agreed with them that she wasn’t the most ideal candidate. For me, it was a matter of putting aside grievances for the sake of humanity, because at least with Clinton as president, we would have a leader with life-long experience in advocating for positive change. I would have preferred Bernie Sanders, but like how Talib Kweli stated on The Stream, I thought it was important to look at the immediate reality, and that a symbolic vote against Donald Trump was more important than protesting against the system by not voting; it was very important to vote for Hillary Clinton, especially in protest against the racist, misogynist bigot known as Donald Trump. Despite my efforts, my inner conscious was right and my worst fears came true.

Now I could list down all the reasons why the election of Donald Trump is an absolute disaster, but contemplating on how we are suppose to explain this phenomenon to children has been the most overwhelming. As a mother, my world has been rocked by the notion of explaining to my child how racism, misogyny, bigotry, and bullying won on the 8th of November 2016. My fears have been reflected in so many different ways, by so many different people. Seriously though… how do we explain this to our children?!

The guilt that I feel, as a non-US citizen, is enormous, so how do US citizen parents feel? In the words of Aaron Sorkin, “we’ve embarrassed ourselves in front of our children and the world”. This feeling transcends borders of all kind–not just geographic borders, but borders of gender, race, ethnicity, religion, class, etc.

So what do we do now? We fucking fight! Internalizing the wisdom of the literary genius Toni Morrison, “We go to work… there is no time for despair, no place for self-pity, no need for silence, no room for fear. We speak, we write, we do language.”

Don’t get me wrong… I am fucking pissed off! But putting aside my fears, I will be more militant in my fight for love, for justice, for equality. It will be difficult for me to engage with people who are militant in defending their “right” to be racist, misogynist, a bigot, but to quote my friend Caitlin Padgett, who in a Facebook post explained why she won’t unfriend Trump supporters:

“The fear we are experiencing is real. We cannot disavow this. If we truly want unity, love and peace to prevail, we must also acknowledge and hold space the pain and darkness that is being felt right now. Can it be transformed? Sure. Can we use it to fuel the fires of change? Absolutely! Do we need time to be with it, whatever “it” is for each one of us? Irrevocably, yes.”

I’ve created this website of mine a while ago, but have been reluctant to regularly post anything on it particularly because academic life has made me self-censor myself when writing for the internet. Academic writing–full of citations and the drive to “say something new, develop a new theory, and participate in ‘knowledge production'”–and academic life in general has turned me away from blogging. Well, that is going to change now… No need for silence, no room for fear!